This is the first of what I hope will be an ongoing series where we can explore a song as it evolves through other artists’ interpretations.

If a number is fortunate enough to be huge hit upon release, it may garner a large number of covers right away.

Most times, an artist releases a song and it is heard by few beyond their fan base.

It could be years, if ever, before someone, the performer, or the producer with whom they are working, decides to record a new version.  If the new version is a hit, that may open the floodgates for others to follow.

When those who are interested trace the song’s lineage back to its roots, they are often surprised that the original version sounds nothing like the version(s) that they know.

In 1955, influential guitarist Bill Jennings (B.B. King has cited him as an influence) wrote and recorded a jazzy ballad called ‘Have You Ever Had the Blues’ with Juanita Lenoir.  Lenoir took the lead vocal, but on the record, released on the King label, she was billed as Nita Lore.

Nita Lore – Have You Ever Had the Blues – https://www.youtube.com/watch?v=7–vLc3VWck

In 1959, Lloyd Price covered the song with a completely different arrangement (Jennings may have played on the session); and released it as the B-side to ‘Personality’.

Lloyd Price – Have You Ever Had the Blues – https://www.youtube.com/watch?v=UesulNlXE8I

Lenoir’s name was dropped from the songwriting credit on this release and Price and his partner Harold Logan’s names were added to Jennings’ – when the song was covered by German singer Gus Backus four months later, released as ‘Ich bin traurig, wenn du gehst’, the songwriting credit read “Logan, Lloyd, Bradtke” as the arrangement was identical to Price’s version, I assume Bradtke was responsible for translating the lyrics to German.

All of the subsequent covers are credited to Price and Logan alone.

The song lay dormant for the next few years, but then, for reasons unknown, it was “re-discovered”, with at least six covers of the song being released between 1962 and 1967 by a wide array of artists, starting with Joey Dee and The Starlighters.

Producer / arranger Henry Glover sped up Price’s arrangement, one that people could dance the Foxtrot to, and turned it into a Twist number (what else what Joey Dee record?).

A year later, Erma Franklin (Aretha’s older sister) recording for Columbia Records subsidiary Epic, recorded a version that returned the number closer to the original in arrangement, but sung with a testifying Soul vocal.

In 1964, Pearlean Gray recorded the song as her debut single on the DCP label.  There doesn’t seem to be much information concerning Gray or the musicians or the producer / arranger, but to me, this recording bridges the Price recording and those that would come after, having a more “modern” sound, especially the guitar playing.

In 1965 the number went international when it was recorded by Boris and the Beat Dogs, a Swedish band and then twice more the following year with covers by Ray Gates in England produced by Shel Talmy (producer for The Kinks and The Who among others) and The Clungels, a beat band from Amsterdam.

Boris and the Beat Dogs slow the number down considerably and Boris’ vocal has a “pop” sheen that makes the number too generic to stand out.

Talmy takes an opposite approach, emphasizing the beats in Price’s arrangement, bringing the horns up front in the mix and having Gates channel Jackie Wilson.  He then ruins it for me with the addition of sweater-vested back-up singers whose vocals bleach the number clean of all that was making it interesting.

Back in the States that same year, 1966, a hot-shot Memphis guitar player named Travis Wammack recorded a smokin’ instrumental version that was picked up for national release by Atlantic Records

Travis Wammack – Have You Ever Had the Blues – https://www.youtube.com/watch?v=Ye7LGbSuOX0

The Blues Project also recorded the number in 1966 during the sessions for their first LP, recorded live at New York City’s Café Au Go Go.  Not making the final cut, this performance remained unreleased until 1997.

The Blues Project – Have You Ever Had the Blues – https://www.youtube.com/watch?v=XPQGxKJNwuY

Interestingly, the arrangements of these two versions, especially the latter, seem to contain echoes of Otis Rush’s ‘Homework’ and have less in common with Price’s original recording.

Rush covered the song in 1998 on his excellent “Any Place I’m Going” (House of Blues) He and co-producer Willie Mitchell brought in a four-piece horn section and the group turns in what to me is the most swinging rendition of the number, utilizing the Price – Logan arrangement but with Rush’s distinctive vocals and guitar playing bringing it to a whole new level

Otis Rush – Have You Ever Had the Blues – https://www.youtube.com/watch?v=EA3oNAMSERw

All of the recordings mentioned above can be found on YouTube

When Otis Rush joined the 1966 American Folk Blues Festival European tour, he had not
Read more

Worst.  Blog. Title.  Ever. I know, I know – but I wanted to write about
Read more 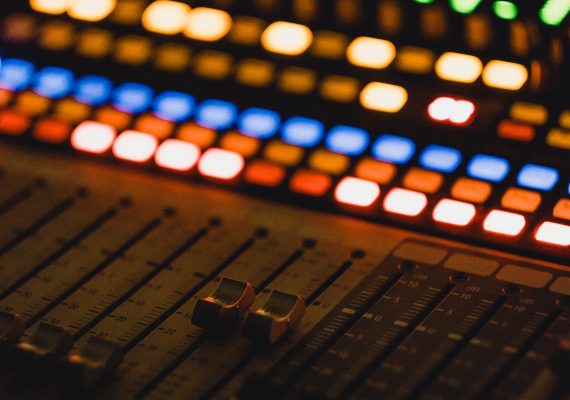