The fourteen-year difference in age between John Mayall and the nineteen-year-old Peter Green at the time of Green’s joining The Bluebreakers was a lifetime in terms of life experience.

Green moved into the same apartment block as Mayall on Portchester Road in Bayswater, west London, and the two bonded over Mayall’s extensive collection of 78’s and 45’s.  According to Mayall, “…Peter more or less wanted to hear everything.”

Mayall advised Green to use his ever-increasing knowledge of the blues to assist him in his songwriting, “…get a starting point.  Peter did that with ‘Black Magic Woman’: he started with a few notes and the feel of Otis Rush’s ‘All Your Love’.  Everything in blues is a borrowed thing…”

That was certainly true of the number that Green wrote that became the B-side of his band’s first single. The arrangement that Green set his song to had long and varied history.  The ghost of the rhythm haunts Papa Freddie’s (Freddie Spruell) ‘Muddy Water Blues’ from 1926.

In March of 1929, “Hambone” Willie Newbern recorded a number titled ‘Roll and Tumble Blues’, one of six songs done over two sessions and the sum total of his recording career.  It was released as the B-side of his debut 78.  He quickened the rhythm of Cannon’s Jug Stompers original arrangement and placed the emphasis on the beat.

1929 also saw the release of another two numbers built upon the Cannon’s Jug Stompers arrangement; Sleepy John Estes’ (like Newbern, he too hailed from Tennessee) ‘The Girl I Love, She Got Long, Curly Hair’ and Charley Patton’s ‘Banty Rooster Blues’.

The first who seems to have utilized Newbern’s arrangement was Robert Johnnson, intensifying the number with bottleneck guitar, which will feature prominently in most of the later versions, and a more raucous vocal, on his 1936 recording ‘If I Had Possession Over Judgement Day’.

This recording would remain unreleased until the 1961 LP “King of the Delta Blues Singers” which is most likely where the majority of Green’s contemporaries and possibly Green himself, first heard the arrangement.

Muddy Waters also used slide guitar to bring something new to the arrangement, though set to the more leisurely rhythm used by Newbern on ‘Down South Blues’, recorded in 1948.  This performance too would remain in the vaults until it was included on the 1967 compilation “More Real Folk Blues”.

Two years later, Waters agreed to back the members of his band, guitarist “Baby Face” Leroy Foster and harmonica player Little Walter at what would be the maiden session of the short-lived Parkway label.  One of the numbers on which Foster took the lead vocal was ‘Rollin’ and Tumblin’*’.

It was this recording that fired the imaginations of a generation of British blues musicians.  Allegedly recorded in a “warehouse” the sound is raw, distorted and overdriven (all positive attributes here).

Released as two “parts”, “Part 1” has no lyrics, just the guttural moans, startled yelps and sacrilegious exclamations of men engaged in a dark ritual that entices and frightens in equal measure.

“Part 2” is only slightly less chaotic, with Foster belting out the first verse of Newbern’s recording and the second coming from Waters’ unreleased ‘Down South Blues’ (which may be the reason Water’s was given the composer credit when the song was released)

Please note: almost all reissues of these recordings reversed the order, marking the vocal take as “Part 1” – that is not how the original 78 was issued

In 2012 the original acetates from the session were found and along with previously unreleased alternate takes of the Little Walter lead ‘Just Keep Lovin’ Her’ and Leroy Foster’s ‘Boll Weevil Blues’, the complete recording of ‘Rollin’ and Tumblin’ Part 1’ (the original 78 faded the number early and many of the versions found on LP and CD over the years clipped the intro) and were released on Louis Records.

Within weeks of learning of Waters and Walter’s clandestine session, the Chess brothers put Waters (under contract with their Aristocrat label) in the studio with Big Crawford on bass and Elgin Evans behind the drum kit to record the song again, titling it ‘Rollin’ & Tumblin’ and crediting it to Muddy Waters and His Guitar, for quick release to squash the sales of the Parkway single.

Eric Clapton seems to have been the first to pick up on the number’s potential, with ‘Rollin’ and Tumblin’’ a staple of Cream’s live sets lists from the band’s beginning.

They greatly increase the tempo, amping up the sense of excitement, (especially in a live setting) but sacrifice the near ecstatic, hypnotic drone that separates the Parkway recording from all the others of this song.

The number was included on the debut, “Fresh Cream”, released in the U.K. in December of 1966.

Four months later, Clapton’s old band, The Yardbirds (with Jimmy Page now the sole guitarist), performed a close facsimile of Cream’s recording, mixing stanzas from Willie Newbern’s song with the unrelated ‘I’d Rather Drink Muddy Water’, (derived from ‘Muddy Water Blues’ and neatly bringing the number full circle, though we have no way of knowing if they were aware of that) for the BBC.

Keith Relf’s harmonica dominates the BBC recording and he even hums a few bars before singing the first verse.  The break-down towards the end is their main break with the original.

In the studio, producer Mickie Most brought in Ian Stewart to play piano, and he and Page dominate the mix.  (Stewart’s work is a highlight).  The band all hum the bridge to good effect, a nice nod to the original.

July ’67 also saw the song released as the A-side of the debut single by Canned Heat.  It would also serve as the lead track for their first LP.

Alan Wilson does double duty on this recording providing harmonica and slide guitar.

Where Jack Bruce sings the lyrics from Foster’s version, Hite, like Relf cuts and pastes couplets and stanzas from other songs.

Back in England in August of that year, Mike Vernon brought Peter Green, John McVie and Mick Fleetwood to Decca Studio in West Hampstead for an unauthorized after hours sessions where Green and the band tried their first pass at his song ‘Rambling Pony’.

This is the only time that I know of where Green seems behind the curve, following, rather than leading his peers.

Like Cream, Green takes the number at double time, with Fleetwood keeping the fire stoked on both drums and washboard and Green repeatedly doubling back on the lead guitar line to excellent effect.

The harmonica unfortunately is buried way down in the mix, struggling to make itself heard.

Green’s moaned opening and guitar, backed by Fleetwood’s drumming build our anticipation but our hopes are quickly dashed when Green begins to sing.

Where his guitar line unfurls like a whip, continuously snapping and recoiling, his vocal is a flat monotone; worse still, it sounds as if he is singing through a closed door, with no sense of immediacy.

This track would remain unreleased until 1971 when it was issued as ‘Rambling Pony No. 2’ (designating the release, not recording, order)

Green obviously thought enough of the song that a month later, despite the disappointing first attempt, and the number of other songs built on the melody already out there, he wanted to give it another go.

They strip the number down to expose its beating heart, with just Green and Fleetwood playing and the others providing backing vocals, and in the process, recapture some of the essence of the Parkway recording.

Available on: The Pious Bird of Good Omen and

Fleetwood no longer uses a full kit, but rather thumps out the beat on his kick drum.  Green’s harp work has the stripped down simplicity of Sonny Boy Williamson II (and that’s a compliment) and his guitar work now more closely resembles Waters’ on the Parkway recording.

However, it is the vocal(s) that make all the difference.  The massed voices of Green, Spencer, Brunning, Fleetwood and Vernon moan in unison over the spare instrumentation, and when Green begins to sing, his vocal has a presence missing from the earlier version.

The slower tempo also makes a difference here, allowing him to sing the words rather than recite them at too quick a pace.

Whether or not these two songs were the best way to introduce the band to general public is open to debate; we’ll take a look at the critical reaction in the next entry.

The name of the musician who first picked out this tune may be lost to time, but their creation has proved astoundingly resilient, adapted and handed down for close to a millennium now, with each generation rediscovering it and reintroducing it to the next.

If there are other notable versions that you know of that I have left out, post it in the comments section and we can take a look at those too.

*“Baby Face” Leroy Foster had backed Sunnyland Slim (recording as Delta Joe) on a 1948 session for the Opera label where Slim recorded a variation on ‘Roll and Tumble Blues’ arranged for piano under the title ‘Roll, Tumble and Slip’.  When the number was reissued on the Chance label in 1952, the song was retitled ‘I Cried’. 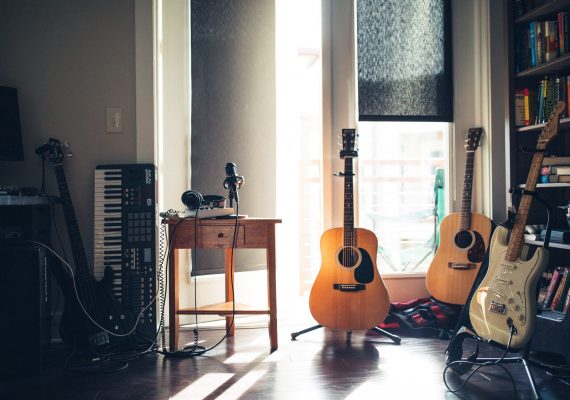