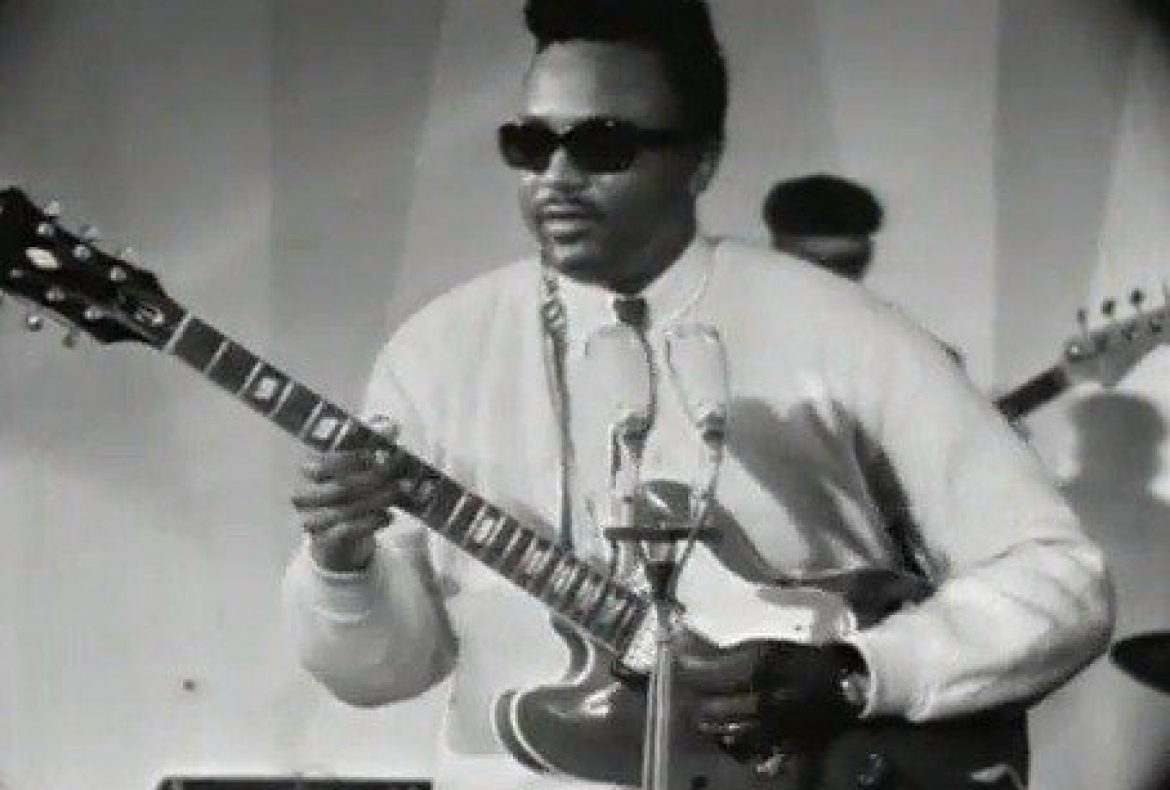 I know, I know – but I wanted to write about the Otis Rush classic and some of it’s many, many covers over the years.

Having had a single released under his own name (apparently the label’s last, although I don’t think the two are related) in 1961, Al Perkins’ luck seemed to be improving the following year when two of his songs were recorded by two different West Side Chicago guitar heroes.

In 1960, he had sold a song, ‘I Got a Strange Feeling’ to Willie Dixon who brought it a Buddy Guy session and placed his name first on the credit.

That version would remain unreleased for ten years, first appearing on the 1970 Chess compilation “I Was Walking Through the Woods”.

In August of 1962, Dixon brought in a new group of musicians (losing Junior Wells on harmonica and Otis Spann on piano) and cut the number again.  It was released under the title ‘When My Left Eye Jumps’ as the A-side of a single on Chess.

Released the same month, October of 1962, was Otis Rush’s version of what is now Perkin’s best known song, ‘Homework’*; the A-side of the only single released during Otis Rush’s three-year tenure with Duke records.

The arrangement may sound slightly “off” to those who mainly know the number from Rush’s later versions or covers by Fleetwood Mac and other “rock” bands who based their versions on the Fleetwood Mac recording.

The sound of this record is certainly a shock for any expecting an echo of his Cobra recordings, or even the two Chess singles that preceded it.  The number is defined less by Rush’s guitar and more by the horns and Lafayette Leake’s organ.

Rush seemed to have lost any interest in the number after that, (it would be thirty-two years before he would cut the number again in the studio, and I am unaware of any live performances of the number before that)

Perkins though was not yet ready to give up on the number, and was able to convince two different labels, a year apart to put his conviction to the test.

His first attempt saw him partnered with soul singer Betty Bibbs and released as the A-side of a single on the U.S.A. label in 1965

It sounds as if there was absolutely no money to produce this recording; the threadbare sound in marked contrast to the Rush original.  With so little to work with, the focus is turned on the singers as they confess their mutual infatuation.  There are some sparks when the stone strikes the flint, but the number would have needed a longer running time for the passions to build, and even then, there simply wasn’t enough kindling for the number to ever catch fire.

Perkins took a decidedly different approach the following year; done once again as a duet, he teams up this time with the Constellation label’s A & R man Bill “Bunky” Sheppard.

A radically different arrangement, this is probably the most “age appropriate” sounding rendition of the song.

That said, the fact that they were two middle-aged black men singing the song, pretty much guaranteed the number would never reach it’s intended audience.

In 1966, the British Vocalion label released Rush’s Duke single (again backed with ‘I Have to Laugh’) in England, coinciding with Rush’s appearances with the American Folk Blues Festival, introducing Rush and his music to a new generation in Europe.

We’ll take a look at some of the earliest covers of the song and how those in turn prompted covers by American bands, in the next installment.

*The song was co-credited to Dave Clark; he has his name on a handful songs, most famously B.B. King’s ‘Why I Sing the Blues’ but his reputation rests on his pioneering work as a record promoter, earning him the unofficial title, “Dean of Black promotion men”.  He was working promotion for Duke records at the time of Rush’s recording.

In October of 1969, Bob Brunning asked Peter Green if he would be interested in
Read more

Addendum: The Roots of ‘Do You Give a Damn For Me’ – Bukka White’s ‘Aberdeen, Mississippi Blues’

A few years back, I got an e-mail from a Peter T. who was writing
Read more

Addendum: Previously unreleased performance of ‘I Have To Laugh’

In March of 2022, Dutch Greenologist Gert Jan Kuiper tipped me off to two compilations
Read more

I am not sure how the song first crossed the Atlantic, but the first to
Read more

Songlines: ‘Woke Up This Morning (My Baby She Was Gone)’ Part 1

Songlines: ‘Too Much Monkey Business’

Chuck Berry didn’t tour England until May of 1964, but his songs had been in
Read more

Songlines: ‘Call It Stormy Monday But Tuesday is just as Bad’ Part 1

Enshrined in the Grammy, Rock and Roll and the Blues Foundation’s Halls of Fame, as
Read more